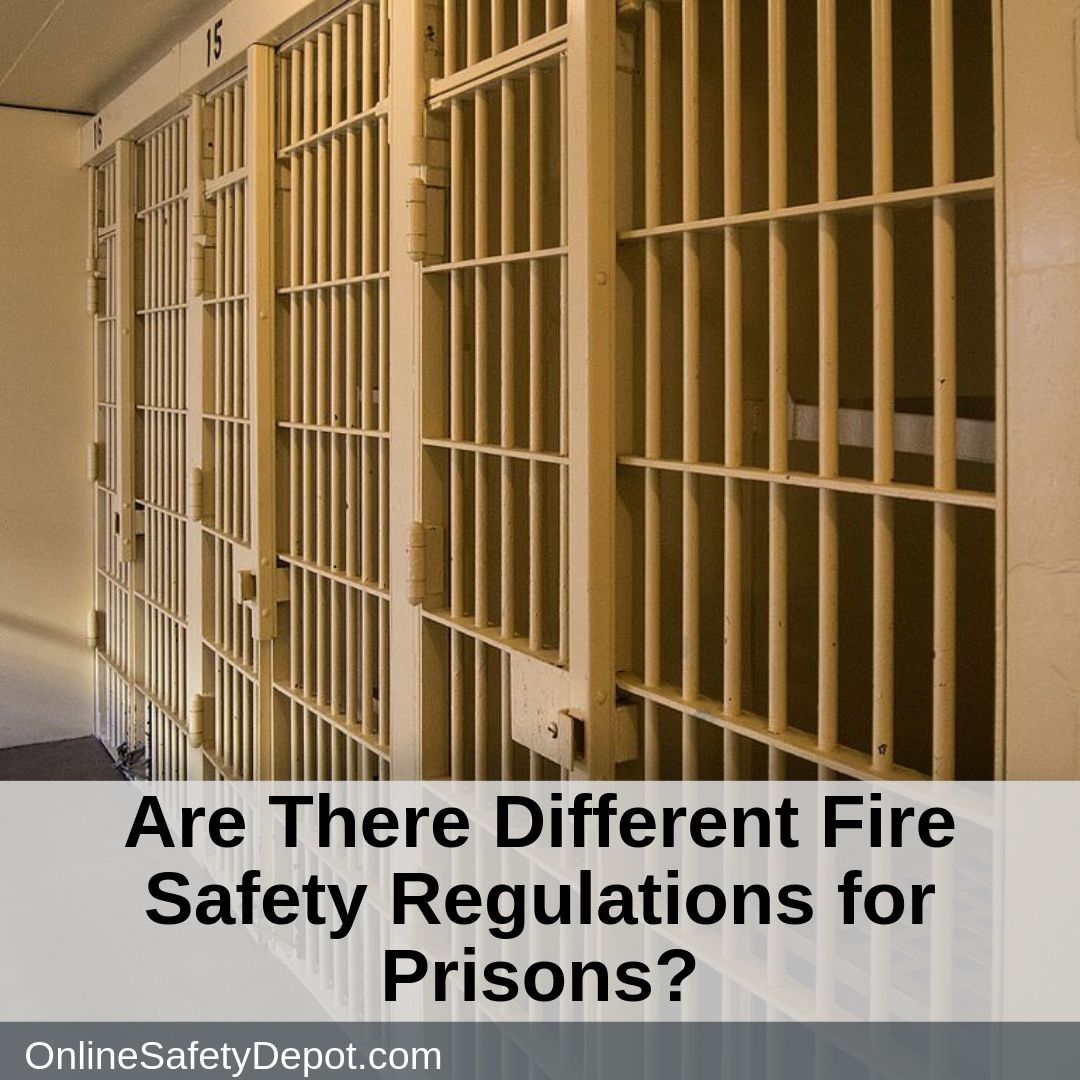 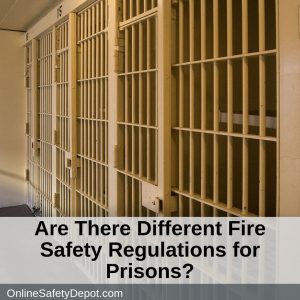 The art and science of fire protection has evolved over the years as catastrophic fires have claimed the lives of those trapped and unable to escape, effectively mandating that new and improved prevention, detection, and fire extinguishment policies, protocols and equipment be implemented. A fire that occurs in a prison or other correctional facility has inherent challenges as the purpose of a prison is to keep the occupants inside, and the typical goal of the immediate evacuation of all occupants from a facility does not apply to prisoners. Because of these inherent uniqueness’s, prisons have some regulations that differ from the standards set for other structures and settings.

So, what are the fire safety regulation differences for prisons and other correctional or mental facilities who house inmates or patients? There are three main regulatory differences (or exceptions to normal rules) which include “of-a-necessity” variances due to the unique challenges of a prison setting and the need for security. They are 1) doors can be locked from the inside, 2) normal escape route may be obstructed, and 3) specific placement of heat and smoke detectors.

Doors locked from the inside. The Occupational Safety and Health Administration (OSHA) requires that building exit routes be unobstructed and includes that no door be locked from any inside. However, with correctional and mental facilities doors may be locked along the exit route or routes. Consequently, also required is that guards or supervisory personnel be continually positioned along the path of escape and properly trained to efficiently execute emergency evacuation procedures, including the opening of locked doors, to allow prisoners or patients a fast and unobstructed exit.

Obstructed escape route. OSHA requires that all public places (community, workplace, entertainment, etc.) have a clearly marked, easily accessible and navigable emergency escape route from the building to the outside. However, correctional facilities are allowed to have, in addition to locked doors, guards placed along the path and other deterrence devices or strategies in place. Consequently, because of the need for heightened security and to resolve this apparent conflict, correctional facilities adhere to a “protect-in-place” strategy where all exit routes direct the inmates to an area away from the origin of the fire to a secure area that is still within the prison facility, and not to the outside of the institution.

What are some of the unique challenges with fire and smoke alarms and sprinklers in the prison setting?

What are the major causes of fire in correctional facilities?

It is estimated that in the United States 7 out of every 10 fires occurring in prisons or jails are intentionally set, my inmates. Further, correctional facility authorities estimate that half of all fires go unreported and undetected by guards or other supervisory personnel. Most of these fires are set by an inmate within his or her cell. Those who study the psychology of prison populations offer the following reasons or “triggers” that lead to inmate initiated arson.

The other leading causes of fires that occur in prison facilities include clothes dryers, cooking, smoking caused mattress fires, and electrical and heating equipment malfunctions.

What are some additional unique fire safety features being implemented in prisons?

It should be noted that correctional facility fire safety officials strongly recommend that the contractor of a correctional facility be familiar with and have good experience in the myriad of details involved in designing and constructing a modern and regulatory code compliant prison or other correctional facilities. It facility must have appropriate provisions for early warning of fire, appropriate and efficient means of escape for inmates to a secure location outside the building and yet on prison grounds and officials to a safe and separate secure location, effective smoke evacuation from the building, and built affordable as the number of incarcerated offenders continues to grow and facilities to house them increased.

What are the recommended fire extinguishers for prisons?

As previously mentioned, the most common cause of fires in prisons occur in inmate confinement cells and are started by the inmates themselves. Located in the cell are: a sleeping mattress and the inmate’s personal belongings such as clothing, books, videos, trash items, etc., all of which are known as ordinary combustibles. Fire involving these types of materials is known as a Class A fire.

Other types of fires that are common in the prison setting are clothes dryers, cooking, and electrical and heating fires. Cooking fires usually include grease fires, a type of Class B fire. Prisons often have workplaces that produce items and involve the use of electrical equipment and machinery in the process. An energized electrical fire from overloaded electrical cables or short-circuiting equipment is known as a Class C fire.

An ABC dry chemical fire extinguisher with an extinguishing agent such as mono-ammonium phosphate will effectively combat Class A, B, and C fires.

Modern prisons are required to be designed using sophisticated and sensitive electrical equipment including computer operated security functions for early fire detection and notification systems and enhanced security features in the control of inmate movement as in the case of a fire. These types of fire are best fought using an extinguishing agent that will not corrode the sensitive electrical equipment. As such, a Halotron or carbon dioxide agent fire extinguisher is best suited for these types of fires.

Previous: What are the Different Types of Platform Trucks and What Determines the Type Needed?
Next: What are the Fire Safety Items Each Home Should Have?