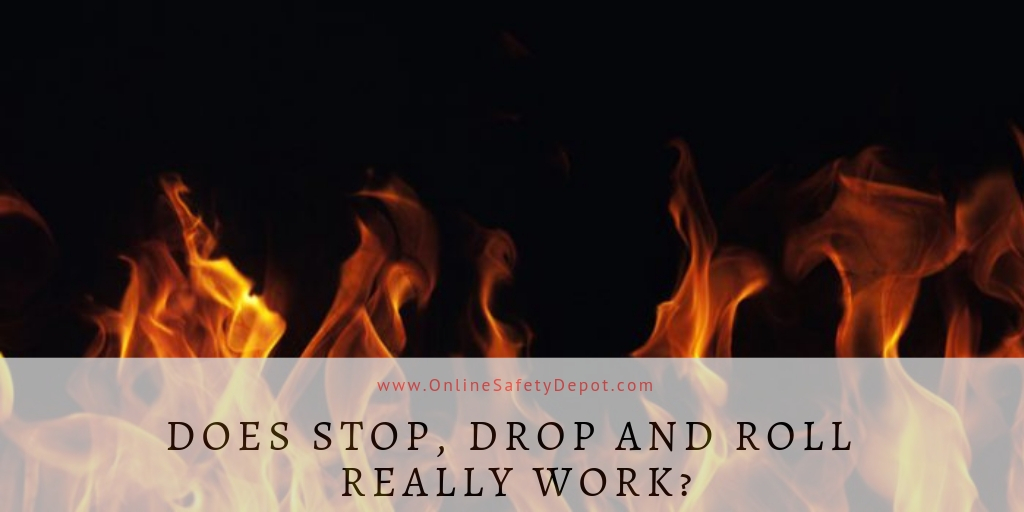 Last night while putting my kids in bed for the night, my little boy asked, “Does stop, drop and roll really work”? He had learned about fire safety at school that day and was very interested in how it works to put out the fire.

For a fire to stay active and continue to burn, it needs three elements. 1- Heat, 2- Fuel and 3- Oxygen. If you eliminate any one of these elements, the fire will be unable to continue to burn and the flames will be extinguished. The three elements together cause the chemical reaction known as FIRE.

The Chemical reaction for FIRE is known as “The Fire Triangle”. For a fire to start and continue to burn, these three elements previously mentioned – heat, fuel and oxygen – must be present and involved together.

Fire extinguishers work to extinguish fires by removing one or more of these elements. If you take any one of the three elements away the chemical reaction (Fire) will be extinguished.

The technique of stop, drop and roll works for the following reasons:

It’s one thing to be so-called “book smart” about the do’s and don’ts of the Stop, Drop, and Roll Technique, its another thing to be able to actually perform the technique when your clothes are on fire, you’re feeling the pain of the burn, and you enter panic mode. Afterall, we have all seen YouTube videos of adults catching fire, and then start running around and flapping their arms in in the panic of their situation.

With a real and present risk of a child being involved in some type of fire incident, how do we go about trying to teach young children to effectively perform the Stop, Drop, and Roll Technique? They may not even really understand what fire is or the danger it presents, are likely to panic in fear if they catch fire, and whose physical capabilities to extinguish themselves may be limited.


Strategies for Teaching the Stop, Drop, and Roll Technique to Children

Of course, prevention is always the best medicine or in this case intervention, and that is a topic for another article. But should a fire event happen to your child or those to whom you have responsibility, having taught them correctly and practiced with them diligently may mean the difference between a close call and tragedy.

Previous: Most Common Cleaning Industry Injuries – and How to Prevent Them
Next: How do I teach my kids to be safe around Dogs?