The parts and components of a fire extinguisher all play a vital role in the effective discharge of water or a chemical agent to suppress a fire before it can spread out of control leading to property damage and maybe even loss of life. Fire extinguishers are engineered to spray and spread an agent on a fire to remove one of the three elements necessary to maintain a fire once it has started. Those elements are the fuel that is burning, the heat that is produced, and the oxygen needed to keep the fire going. These are collectively known as the fire triangle. As such, fire extinguishers are designed to target one or more of these elements needed to sustain a fire by providing a barrier between the fuel and the oxygen in the surrounding air, or by removing the heat by cooling the fuel. If either of these can be affected or eliminated, the fire goes out.

This fundamental principle of eliminating an element of the fire triangle assuredly has a distant history, but in modern times a tool to suppress fire, known as a fire extinguisher, began as a pressurized vessel that sprayed water. Understanding that certain fires were not effectively suppressed with water, that water conducts electricity making water an unacceptable agent in fighting electrical fires, that a forceful stream of water may splatter combustible materials, and that in cold temperatures the water may freeze, led those seeking to improve fire extinguishing capacity and effectiveness to develop new agents – wet chemical, dry chemical, halon, and carbon dioxide. 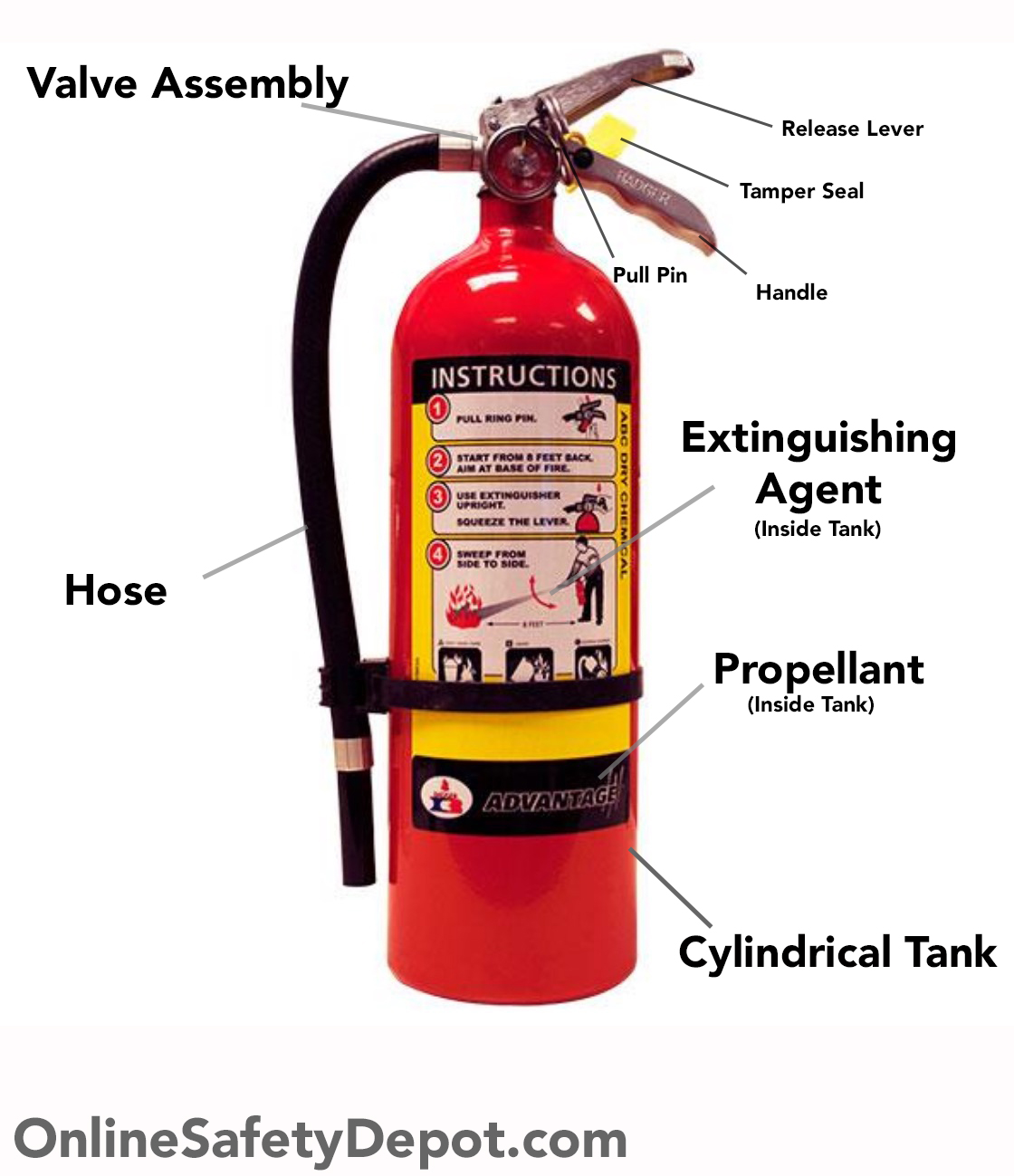 Most fire extinguishers are comprised of:

Regardless of agent used in the extinguisher, the parts and components of the a fire extinguisher used to contain and spray the agent are similar. They are:

Uniqueness’s of Offshore Fire Extinguisher Parts and Components: It should be noted that offshore drilling platforms and other marine settings require unique protections of fire extinguisher parts against the extreme environmental conditions that exits, namely sea, salt, and sun that can erode materials and adversely affect the dependability and performance of the parts. To protect these parts:

Sign up for updates
Recent Posts
Industrial and Personal Safety Products from OnlineSafetyDepot.com