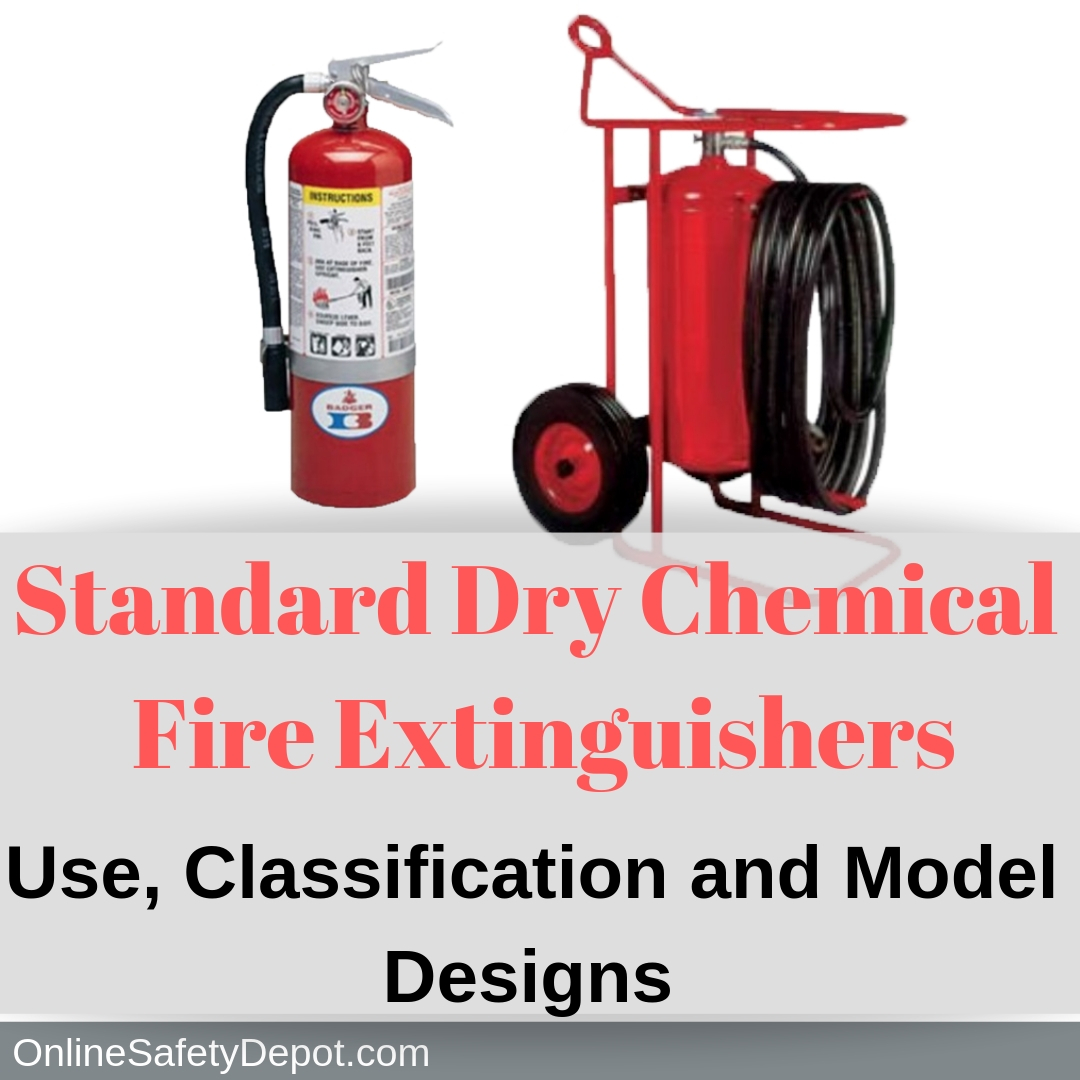 Standard Dry Chemical fire extinguishers use a sodium bicarbonate-based extinguishing agent to combat Class B and Class C fires. This was the first of the dry chemical agents that was developed. This type of fire extinguishing agent is not recommended for use on sensitive electric equipment. It is used to put out fires caused by flammable liquids (Class B) and energized electrical equipment (Class C) fires. The chemical agent is stored under pressure using dry nitrogen gas.

Breakdown of Class B and Class C Fires

Class B fires consist of the burning of flammable liquids or gasses. Class B fires are common in the kitchens of homes where grease and cooking oils may catch fire, and in a variety of settings where flammable liquids are used or stored. DO NOT THROW WATER ONTO CLASS B FIRES as it cannot extinguisher them and can splatter the inflamed liquid and spread the fire.

Other flammable liquids and gasses that are considered fuel of Class B Fires include petroleum greases, oil-based paints, tars, alcohol, and some solvents.

Class C Fires consist of “energized electrical equipment”. Examples of Class C fires are those that occur in electrical outlets and cords, home appliances, electrical panel boxes, computers, servers, motors, power tools, and any other source that may be energized or electrical.

Note: By removing the power or energized electrical source, the fire is then no longer considered a Class C fire, but rather a Class A or B fire depending on the fuel source that is burning.

OnlineSafetyDepot.com proudly carries a variety of Dry Chemical BC Class portable fire extinguishers that are designed for the home, businesses and public settings. Click HERE To learn more.

Is there a difference between dry chemical and dry powder fire extinguishers?

Dry powder fire extinguishers are designed to fight Class D fires where the fuel source is combustible metals. The mechanism of extinguishing fires is by separating the fuel from the oxygen or by removing the heat from the fire triangle.

In contrast, sodium bicarbonate (NaHCO3) dry chemical releases a cloud of carbon dioxide that smothers the fire, in essence, drives or separates oxygen from the fire stopping the chemical reaction.

Previous: Can Vacuuming Cause Back Injury?
Next: What Type of Fire Extinguisher is Best for Sensitive Electrical Equipment