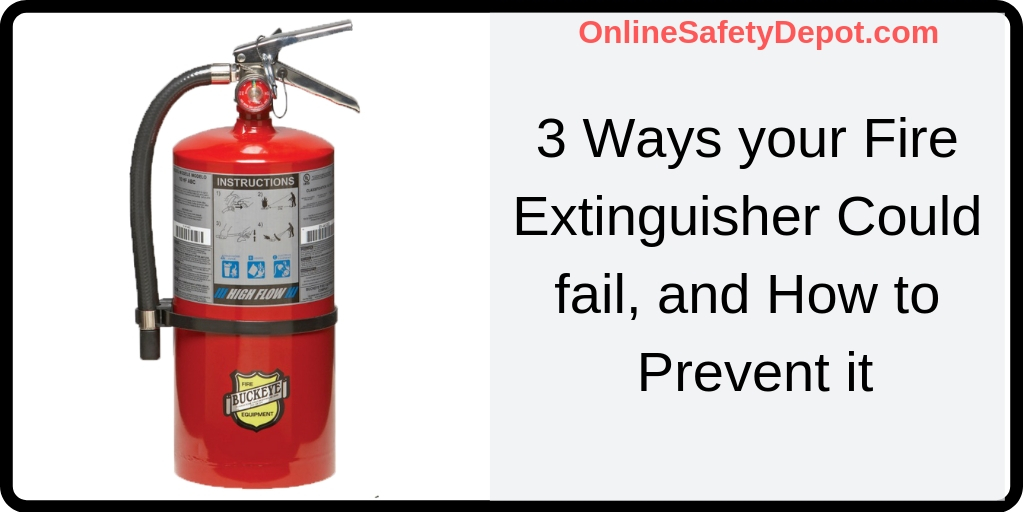 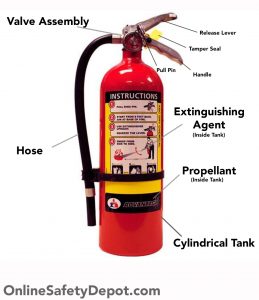 Fire extinguishers are the first line of defense to any fire. Having the ability to extinguish a small fire in its infancy before it becomes much larger and out of control is vital in protecting yourself, your property, and others. However, if your fire extinguisher is not in good working condition, it could fail and not provide you with adequate defense to extinguish the flames.

In this article, we will cover three ways your fire extinguisher could fail, and how to prevent it from doing so.

If the hose to the fire extinguisher is damaged or blocked, the extinguisher will be diminished in its ability to effectively combat the fire. A fire extinguisher hose may become blocked by insects, rodents, debris from its surrounding environment, or other factors that may be difficult to distinguish, but none the less retard the propulsion form the hose.

If the hose has cracks, or tears, the pressure will escape through the damaged portion of the hose, rendering the fire extinguisher impotent in its ability to effectively extinguish the fire. Cracks can occur in the hose due to environmental factors in which it is stored. For example, if it is placed directly in the sunlight, the UV rays can damage the hose causing it to become brittle and lead to cracking. If the environment is too hot and dry, it can also cause damage and cracking over time.

Fire Extinguisher Needs to be Recharged

A fire extinguisher that has been used, even if for just a second or two, needs to be recharged immediately for two purposes. First, if some of the extinguishing agent has been expelled, it is not at its maximum strength. Second, a partially filled fire extinguisher is at greater risk of not holding its charge pressure as some of the content may slowly lead out. Consequently, keeping a fire extinguisher properly filled and charged ensures that if needed at any time, it is ready to respond and do its job. Anything less than this “ready-to-go” status is simply unacceptable in a fire safety program.

Occasionally a fire extinguisher receives damage to the tank or valve assembly during transport or from being accidently mishandled in some way. Not all damages are easily noticeable, and sometimes a seemingly light collision or drop of the canister can cause damage. For example, a fire extinguisher that was inadvertently tipped over onto its side may have received damage to the innerworkings of the valve assembly.

Damages of this sort- no matter how seemingly minor, have the potential to cause leaks and affect the pressure within the canister, just as a damaged hose can similarly affect pressure due to leakage.

How to Prevent Your Fire Extinguisher from Failing

The Occupational Safety and Health Administration (OSHA) requires that fire extinguishers are routinely inspected and serviced every six months to ensure they are in good working order.

Having a fire extinguisher on hand to use in the event of a fire is essential. Equally important is to have a fire extinguisher that is free from damage and are in good working order. Adherence to the recommended or required guidelines for inspection can help ensure the readiness for use at any time. Moreover, great effort should be made to ensure that your entire fire safety program is organized and planned out to prevent and/or respond to any fire emergency.

Previous: What to do if a Live Power Line Falls on Your Car
Next: Best Safety Tips to Teach Your Kids in Today’s World