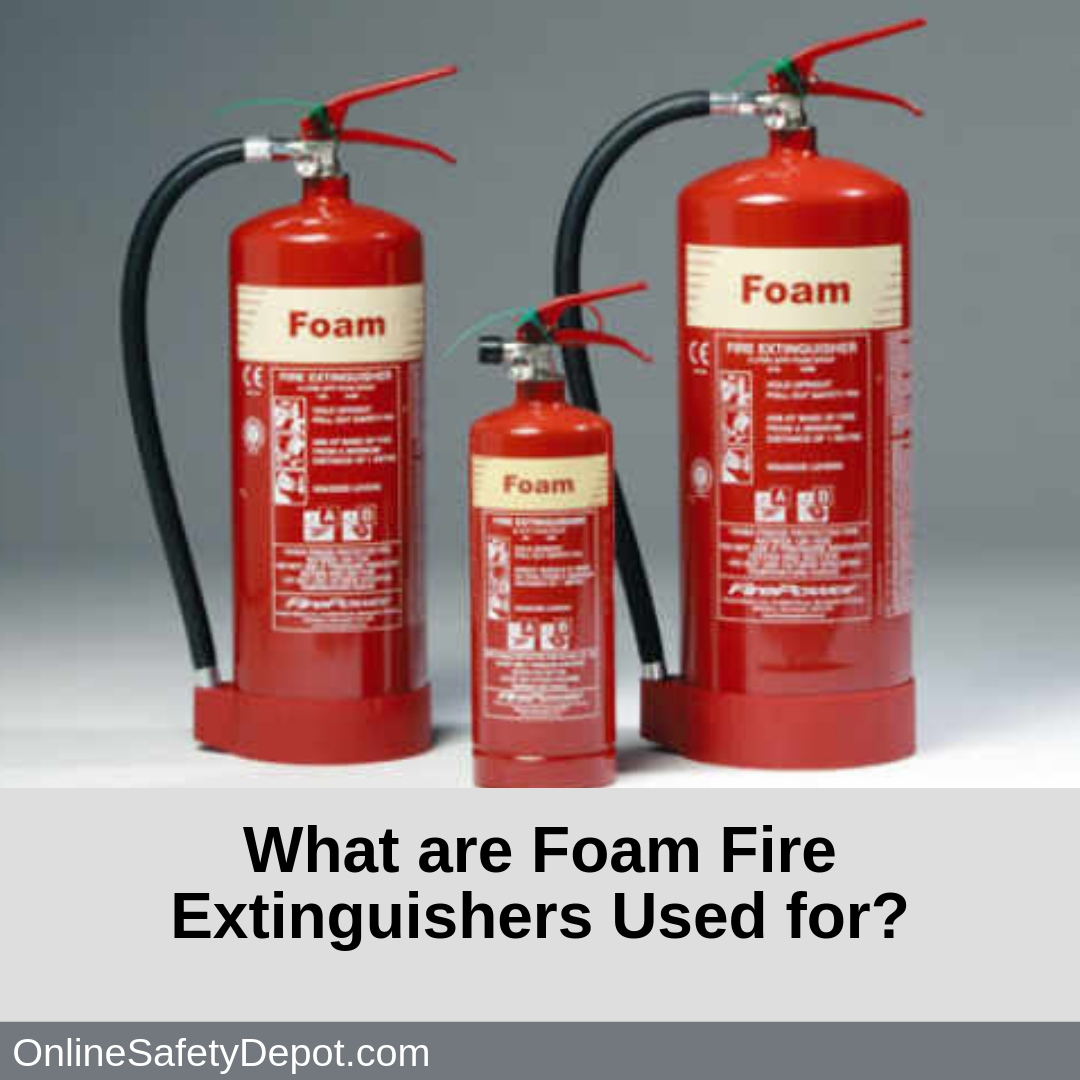 While there are other fire extinguishers that are suited for class B fires, the foam fire extinguisher is extremely effective and is designed to prevent the liquid fires from being re-ignited.

Note: Foam fire extinguishers are not recommended for Class C fires where the agent may damage sensitive electrical equipment, and for cooking fires or flammable gas fires (methane and butane) as its mechanism for extinguishment is not as effective against these fires where vapors are present.

As the foam is sprayed onto the fire, it extinguishes the fire in two ways, 1) it cools the fire, and 2) it smothers the fire, effectively sealing up the fire which prevents the vapors of the flammable liquids from coming in contact with the oxygen in the air, in essence the foam smothers the fire. This is also the mechanism that prevents the liquid fires from becoming reignited if a spark or heat were added.

For the chemical reaction of fire to occur, it needs three things. They are oxygen, fuel and heat. If you remove any one of these elements, the fire can no longer exist. Essentially, foam fire extinguishers remove the heat and the oxygen from the fuel source effectively extinguishing the fire.

Is the foam harmful?
No, the foam from the fire extinguisher contains aqueous film forming foam (AFFF) and is considered non-poisonous and non-toxic to humans or the environment. Additionally, the foam solution is non-damaging to most materials, the exception being electrical appliances or equipment. The foam can damage electrical equipment, especially sensitive electrical equipment like computers, servers or data storage centers.

A: Aim low and at the base of a fire

S: Sweep from side to side

You can learn more about the P.A.S.S. method by reading our other article titled, “How to Operate a Fire Extinguisher”.

To properly extinguish a fire using a foam fire extinguisher, do the following:
Method 1 – when a liquid fire has been contained to a specific area: Pull the pin, aim extinguisher nozzle at the inside edge of the containment area, pull lever and spray foam slowly, sweeping from one side to the other, ensuring the fire is completely covered and extinguished.

Method 2 – when the liquid fire has NOT been contained: Pull the pin, aim extinguisher nozzle at the base of the fire, pull lever and gently spray foam using the side to side motion across the TOP of the fire so that the foam will fall down upon top of the fire. Continue to do so until the fire has been completely covered and extinguished.

Previous: What is the best fire extinguisher for a Class C fire?
Next: 11 Interesting Facts About Fire Extinguishers