Skip to the content
Need help? Call us or text us: (480) 818-9373‬
Purchase Orders | Resources | Newsletter
Login / Register
0Cart $0.00
0
Search
Follow Us
Home » What is the Best Type of Fire Extinguisher for Aircraft Hangars? 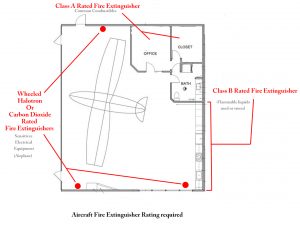 Aircraft hangers are categorized into four different groups, designated Group I, Group II, Group III, and Group IV. Each category has separate rules and regulations regarding the use and placement of fire extinguishers. Group I has the largest fire area allowance, Group II the next largest, and Group III has the smallest fire surface allowance. Group IV is categorized differently than the other groups as it designates a structure with a rigid steel frame that is covered by a membrane fabric with no limit to the fire area. All aircraft hangars are required to be fitted with an adequate number of fire extinguishers per NFPA 10 guidelines. The distribution of fire extinguishers in aircraft storage and servicing areas must be in accordance with the extra hazard classification for Class B fires and hazards. The size of the fire area for group I, II and III aircraft, storage and maintenance areas is determined by the construction type. Below is a chart that shows the various construction types and corresponding group classification.

Placement and distribution of fire extinguishers is largely dependent upon the analysis of the aircraft hangars construction type, group classification, and occupancy rating (Light, Ordinary or Extra hazard occupancy). The area’s where common combustible fires may occur need a Class A extinguisher, Class B fire extinguisher in areas where flammable liquids are a potential fire hazard, and class C for areas where electrical fires are likely to occur. We proudly carry industrial strength portable and wheeled fire extinguishers made by Badger, Buckeye, and Amerex that are NFPA and OSHA approved for a variety of professional industries including aircraft hangars. Our Most popular Wheeled Fire Extinguisher for this industry is the Buckeye Model W-65 Wheeled Fire Extinguisher. Buckeye fire extinguishers are one of the most recognized and trusted brands in the fire safety industry.  Due to the company’s high standards and well-built fire extinguishers, the company was awarded the prestigious ISO 9001-2008 Quality Certification. 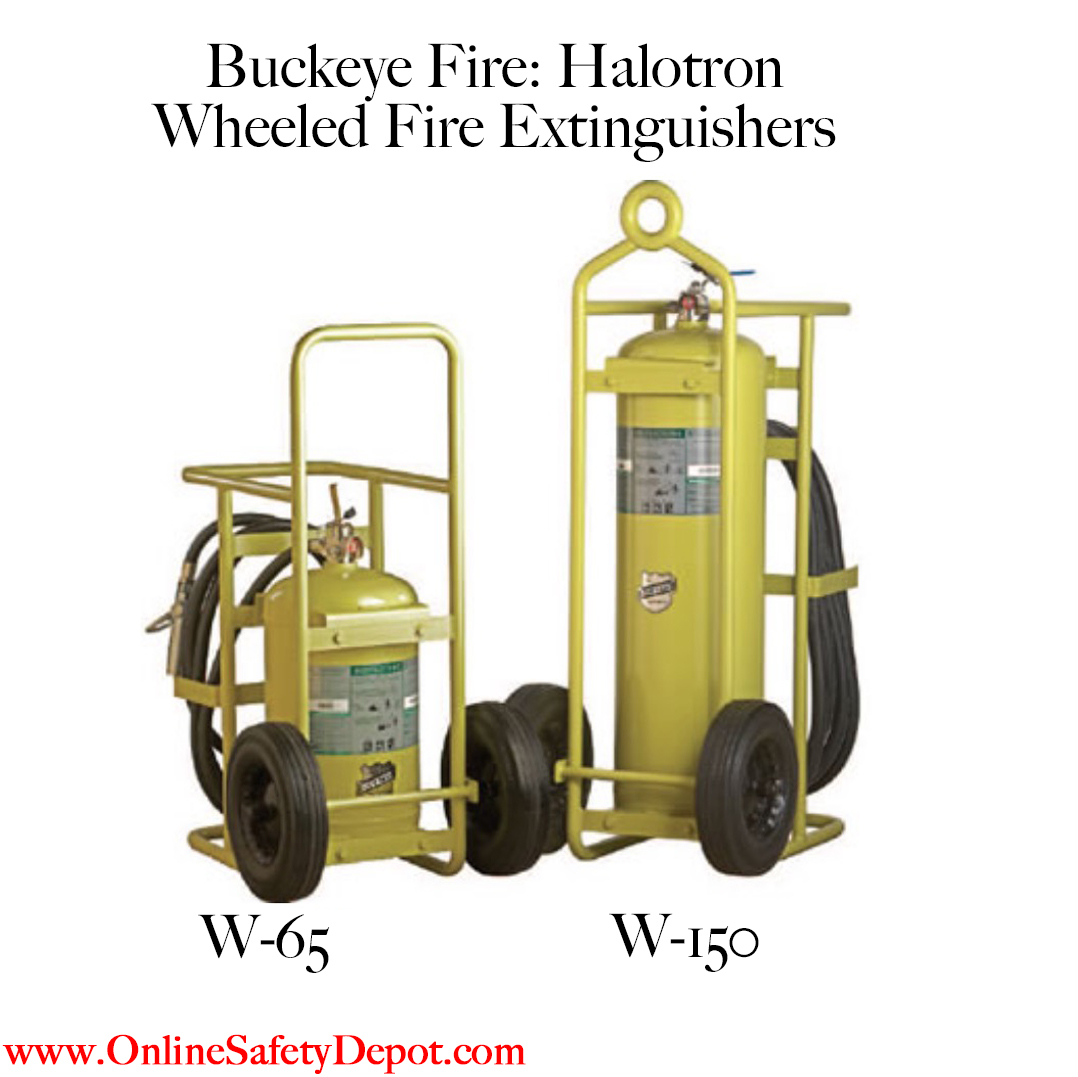 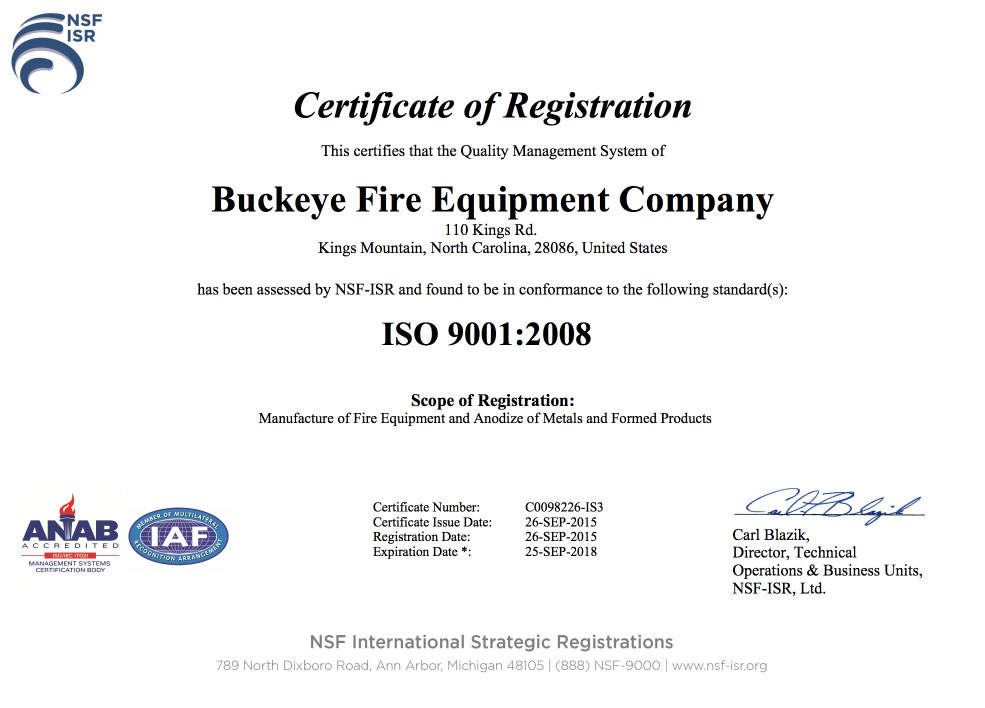