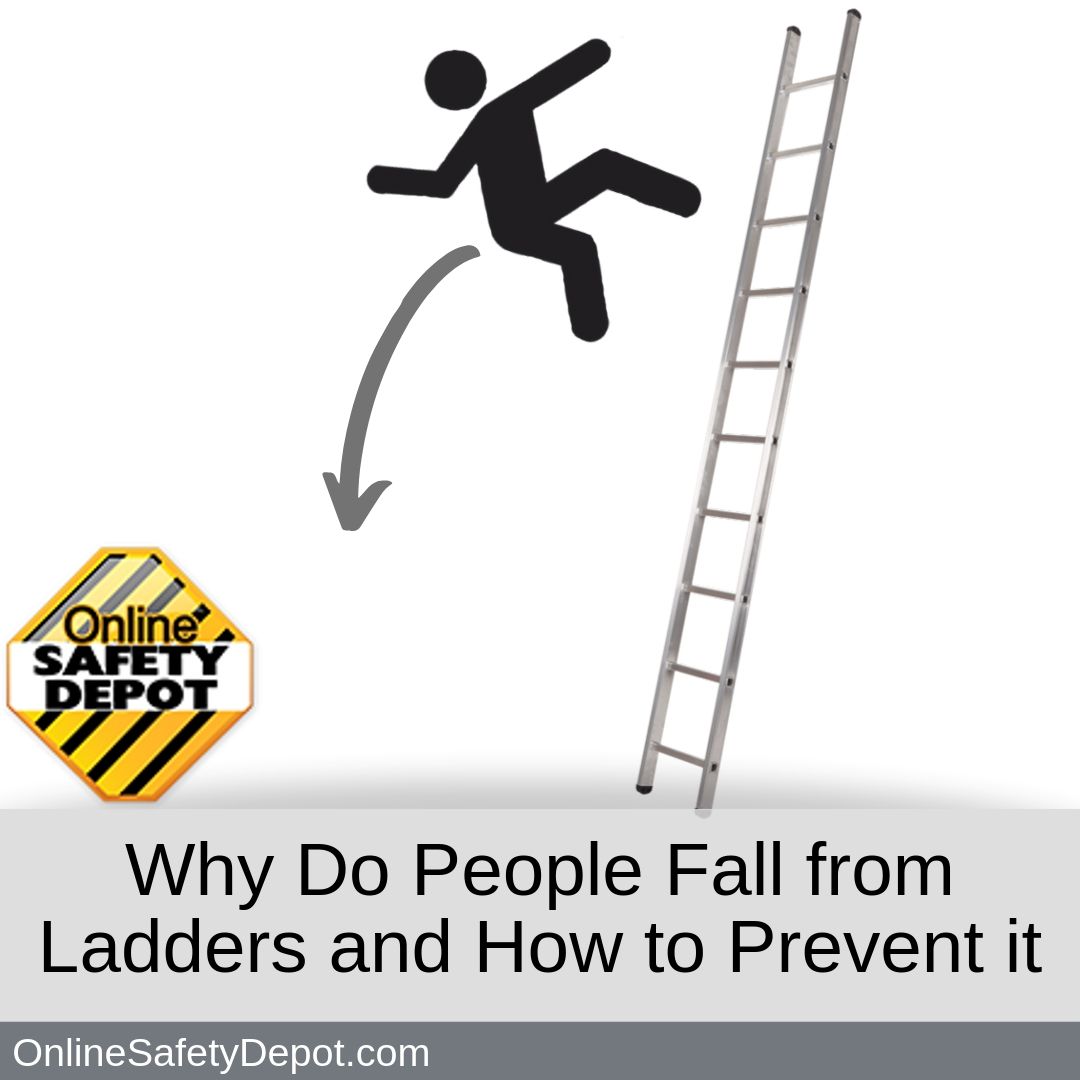 I’ve used a ladder several times over the last decade while doing projects around the house or on one of my rental units. I have only fallen once. Luckily, it was a small, simple fall that bruised my ego more than my body. That is not the case for everyone who has fallen from a ladder.

There are five main reasons why people fall from ladders. They are:
1- Poor ladder setup (angle)
2- Incorrect ladder for the job.
3- Using a damaged ladder
4- Using the ladder incorrectly
5- Lack of ladder safety understanding

Thousands of people are injured, and some killed from ladder falls. Most of these ladder falls can be attributed to one of the five reasons listed above. To better understand how someone would fall from a ladder and how to prevent it, continue reading the article below.

I was watching my neighbor work on the outside of his house in the rain this morning. He was “on the go” getting stuff done with his ladder when all of a sudden the bottom of the ladder slipped out from under him. It was clear to me that this happened because the ladder was set up too far away from the wall that he had placed the ladder against. Lucky for him, he was able to land on his feet. After this, he was much more mindful of the angle that he placed the ladder.

Perhaps if the cement surface wasn’t wet and slippery, the ladder would have stayed put. Loose gravel, smooth/wet surfaces, and soft foundations (mud) are extremely unstable areas to set up a ladder.

If you need to use the ladder in any of these conditions, it is important that you have a support partner who can stand at the base of the ladder and ensure that the ladder doesn’t slip and cause you to fall.

Incorrect Ladder for the Job

I am guilty of this…For a long time, I only had one ladder. I used this ladder for every job I had. Often times this would require that I rig up the ladder in some creative fashion to get the job done. This is certainly not a safe practice. Use the correct ladder for the job.

For example:
Using a folding A-frame step ladder as an extension ladder by leaning it against the side of the wall instead of opening it up and locking the support bars as it is designed to is extremely dangerous and runs the risk of slipping out from under the user even if they follow the “4-to-1 rule” because the ladder is not designed to be used that way. 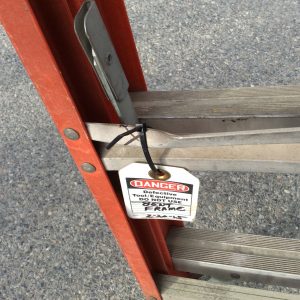 When I bought my first rental unit over a decade ago, I found a ladder under the house (crawl space). I decided to inspect the roof and rain gutters. I set up the ladder following the 4-to-1 rule and began to climb the ladder. About half way up, one of the rungs (steps) broke in half. Luckily my other foot was still planted on the lower rung and I didn’t fall.

Using a broken ladder is another common reason why people fall from ladders. Before using a ladder, it is important to inspect it for any damaged or weakened parts. To learn more about how and why to inspect a ladder, read our other article titled: “Ladder Inspection Safety Checklist”

Just because you are using the correct ladder for the job, following the 4-to-1 rule, it is still possible to use the ladder incorrectly. For example, wearing shoes that have little to no grip on them can be very dangerous, along with carrying heavy items up and down the ladder, or not correctly holding onto the ladder bars.

While these are minor issues, they are extremely common reason why people fall from ladders. 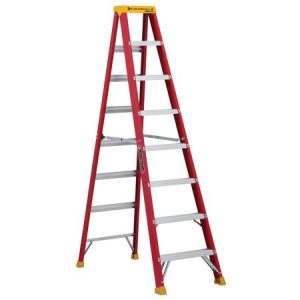 While you could say that the above four (4) reasons could all fit under this one, I decided to separate it because knowledge and understanding is the best safety tool anyone can have, especially when using a tool such as a ladder. Make sure you understand the kind and type of ladder you own and make sure to maintain it properly. Having an understanding of your kind of ladder and why people in general fall from ladders is the first step in preventing yourself from falling when using a ladder.

Next time you are using your ladder, be sure to set up the ladder properly (4-to-1 rules), use the correct ladder for the job, inspect the ladder for any damage or weakened parts and use common sense when using the ladder.

Hopefully, this has been helpful for you! Let us know in the comments section below if you have ever fallen from a ladder and what you learned from it!

Previous: 22 Things You Should Never do When Using a Ladder – Ever
Next: Ladder Inspection Checklist – and Why you Should do it!