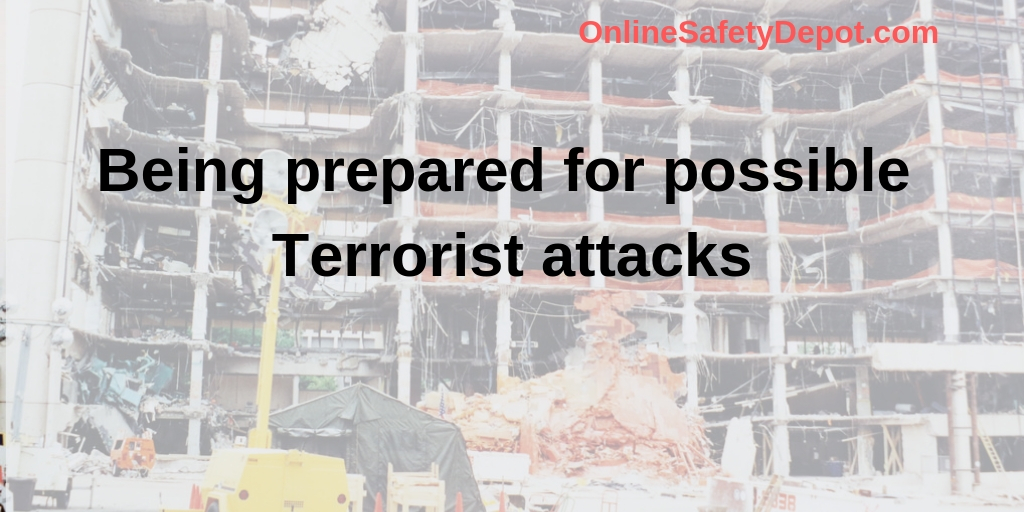 It was nearly 18 years ago on September 11th 2001 that I first heard of the terrorist attack on the Twin Towers in downtown New York. I was walking thru my high school library and noticed that the T.V had “Breaking news” with the image of a large building with smoke gushing out of the side. A little while later, an airplane would strike the adjacent building causing an extremely large ball of fire which would ultimately bring the two buildings down to the ground – I would later learn that America had been attacked by an Islamic terrorist group known as Al-Qaeda and that the buildings that had been hit earlier that day were the iconic twin towers.

America hadn’t been attacked like that since the Dec 7th 1941 when the Imperial Japanese Navy Air Service “…suddenly and deliberately attacked…” Pearl Harbor and forced America into World War II.

Since 2001, there have been over 200+ terrorist attacks around the world that have killed hundreds and injured many more. Nearly all of these terrorist attacks happened outside of America but terrorist are working very hard to attack America. The FBI has stopped more than 30 different terrorist plots to attack here in America alone.

Terrorism is defined as violence against civilians to further political or social objectives. In today’s world, terrorism has been on the rise around the world. It’s no longer the same world I grew up in as kid. To better protect our families, we need to be aware and informed of the current terrorist threat, have an emergency plan set in place and proper emergency kits in our homes and cars.

You may also be interested in our other article titled, “CERT-Special Situations – Hazardous Material and Terrorism”.

Terror attacks can take place anywhere in the world and at any time. Additionally, terrorist attacks do not necessarily involve the use of guns or explosives.  Modern terrorist will use any means necessary to inflict harm and death upon others, including Weapons of Mass Destruction (WMD).

Weapons of Mass Destruction are defined as hazardous materials. There are several different types of WMD and it is important to understand the dangers associated with each type of WMD to better protect yourself, your family and your community members. The four types of WMD we will cover in this article are:
1- Biological
2- Chemical
3- Radiological and Nuclear
4- Explosive

Biological terror attacks involve the use or release of biological substances such as germs, bacteria, viruses or any type of biological agent that is designed to make people sick. Biological attacks can include either contagious or non-contagious agents.

Noncontagious
Anthrax is an example of a noncontagious agent that can be used in a terrorist attack. Shortly after the attack on the twin towers, letters containing anthrax spores were sent to several media offices and to two senators which resulted in 22 people being infected, of which, 5 died.

Contagious
Smallpox virus is a highly contagious agent that is transferred from person to person via droplets in the air when an infected person coughed or sneezed. However, it is important to note that smallpox has been declared eradicated since 1980 and only two labs in the world have living spores of the smallpox, the United States and Russia, for research purposes only.

However, there are some credible concerns that some countries may have unauthorized samples in their labs and can be used as a weapon. In response, the United States formed smallpox response teams after 9/11.

Terrorist attacks that involve biological agents may be hard to identify at first as it may appear like a flu outbreak or some other virous until it has become wide-spread.

What to do if there is a biological threat?

The best thing you can do to protect yourself and family members is to stay informed and up to date on the situation. Watch the news, listen to the radio and check the CDC website for any updates and recommended procedures to follow.

Because each biological attack will be different than another, you should be aware of the signs or symptoms to watch out for, how to avoid the disease, how to treat it at home and where you should seek medical help set up by the government.

Chemical terrorist attacks involve the release of toxic gas, liquids, or solids that can kill or poison people or the environment. According to the CIA, Hamas, a known terrorist group has used cyanide and rat poison in suicide vests to cause further mayhem after the bomb has gone off.

Some early signs of a chemical terrorist attack are: large number of people suffering from watering eyes, choking, trouble breathing, and loss of sight. Some other signs may include large number of dead fish, birds or other animals.

If you are exposed to a chemical terrorist attack, get as far away from the center of the attack. Be sure to position yourself upwind and uphill as well. Once you are at a safe distance, begin the process of riding your body of the chemicals. Follow the steps outlined by OSHA’s CERT guidelines.

The term “Dirty Bomb” is often associated with radiological bombs because the bomb is used as a means of immediate destruction but the radiation that is left behind is designed to harm or kill others that are beyond the bomb’s destruction zone as well as first responders who enter the area later to help others.

It is impossible to tell if a bomb is a “dirty bomb” or a standard bomb unless you have the proper training and equipment to both detect the radiation as well as protect yourself from the radiation.

Whether you are inside the blast or destruction zone or not, you should get as far away from the area as soon as possible. If you are outside of the blast zone and enter to help others, you do so at your own risk as the amount of radiation poisoning is based on four things:

1- Time: The amount of time you are exposed to the radiation

2- Distance: How close you are to the radiation source. The closer you are, the more poisoning you will get.

4- Size: A smaller dirty bomb will have less radioactive material than a larger bomb.

In 1945 Americans dropped two atomic bombs on the Japanese city of Hiroshima to end World War Two. Due to the radiation that was disbursed into the air, water and ground surfaces in and around the blast site, thousands were killed in the bomb, millions more were killed or affected by the radiation over the years after. This type of radiological bomb is called “Nuclear Blast”.

The more common type of terrorist threat is a bomb threat- both with or without chemical or radiological material built into the bomb. These types of bombs can be delivered by either a timer, suicide vest, or radio signal.

If you are near a bomb during its detonation do the following:
1- Locate a First Aid Kit if it is near you or safe to reach.

2- Help others near you that are hurt. Provide them first aid as needed.

3- Exit the building. Do not use the elevator unless absolutely necessary. You do not want to get stuck in an elevator where the cables may be compromised and could break.

4- Check for any hazards such as fires that may be blocking your exit. Use a fire extinguisher if needed to exit. Do not attempt to extinguish the fire if it is not needed to escape.

NOTE: As you exit the building, watch for falling debris, broken or weakened floors, or any other dangers to you as you leave the building. Cover your nose and  mouth to prevent breathing in the particles from the explosion.

You will want to ensure that you have the proper emergency kit in your home, car and workplace. With so many different emergency kits on the market today, it is important to get a kit that fits the needs of you and your family members. This includes having sufficient supplies for the number of members in your family, designed for the potential unique disasters that could be in your particular area, and includes items that all family members may need for an extended time away from facilities.

While terrorist attacks may happen at any time and anywhere, being informed and having a safety procedure already in place can give you some peace of mind and a plan when it may be hard to think clearly after an attack.