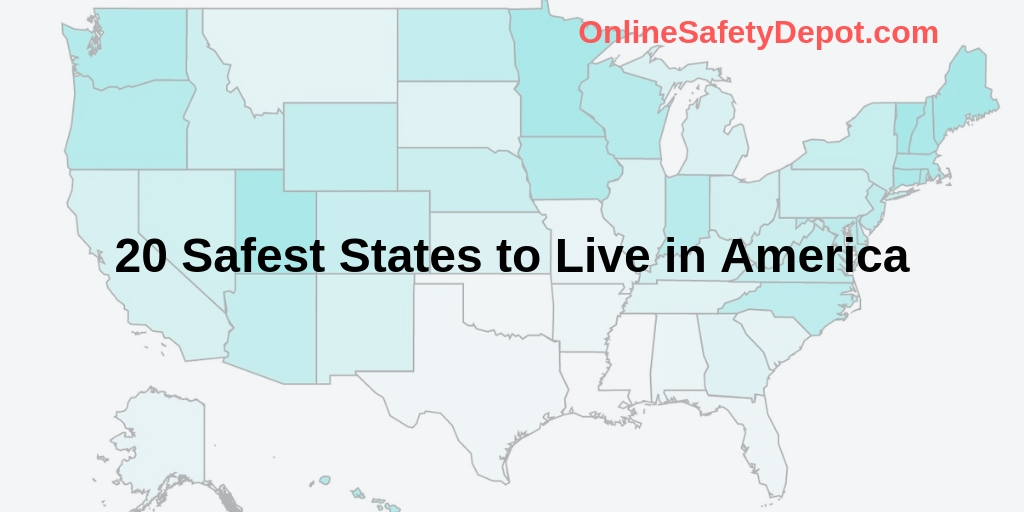 As a parent, I am constantly thinking of the safety and well-being of my wife and three kids. If something were to ever happen to them, I fear my world would crumble around me. It seems to me that every time I read the news, there is a shooting or some sort of natural disaster that claims the lives of individuals – a father, mother, son, daughter, etc. Just a few months ago California experienced the most deadly and destructive wild fire in its history. The fire claimed the lives of 86 individuals and injured another 12.

In October of last year (2018) Hurricane ‘Michael’ struck the shores of Honduras, Nicaragua, El Salvador and the United States. With each country suffering a combined number of 60 deaths, United States recorded the highest death count among the countries at 45, according to THE ASSOCIATED PRESS. You can read more about that HERE

So, I decided to look for any data associated with where in the United States is the safest place to life. Obviously, there are several factors that could be included in such an analysis, and I am sure no one study could effectively determine and evaluate what all those factors are. However,

after doing some research, I found a study that was published by WalletHub in June of 2018 that evaluated several factors used to determine the safest places to live in America. The selected 5 factors I found interesting, and I was surprised by which states ranked well and ones that didn’t according to the factors evaluated. You can access that study by clicking HERE.

The top 20 safest states to live in America are:

NOTE: Data presented here is taken from the WalletHub study that can be found by clicking HERE:

The study focused on five (5) key indicators to determine the ranking factors for each state.

In order to determine which states were the safest, WalletHub generated 48 different metrics, each housed in a different key factor category. Additionally, each metric was given an assigned weighted point system scored out of a 100.
The point ranking was either Half Weight = HW, Full Weight = FW, or Double Weight = DW.

Within the Financial Safety category, there are 19 of the 48 different factors or metrics that were considered when ranking. Total Points possible within this category is 15. They are:

The Road Safety portion of the study focused on only 6 of the 48 metrics. Total Points possible within this category is 15. They are:

While I was surprise by the few metrics used to determine the Workplace Safety category, I was even more surprised that there was only two (2) metrics used in the Emergency Preparedness category of the study. Total Points possible within this category is 15. They are:

This study, its selected safety factor categories and metric configurations, and the resulting data provide some compelling reasons for determining the safest places in which to live. As would be expected, within each state different counties ranked safer to live in than others. Certainly, some may take exception to the factors used in analysis as well as the resultant state rankings. Nonetheless, the researchers obviously went to great lengths, based on known safety information, to compile the data and make the analysis. W

Previous: Swiss Army Knife: Components and Use
Next: How do you Remove Embedded Cactus Needles?