Skip to the content
Need help? Call us or text us: (480) 818-9373‬
Purchase Orders | Resources | Newsletter
Login / Register
0Cart $0.00
0
Search
Follow Us
Home » Blog » Fire Safety » What is the Difference Between a Wet and Dry Chemical Fire Extinguishing Agent?

Advances in fire protection technology have resulted in the development of fire extinguishing agents that are custom designed to suppress different types of fires based on the fuel type that is being consumed by the fire. Further, the Fire Triangle illustrates the three elements (heat, fuel, and oxygen) a fire needs to ignite and continue to burn, and different fire extinguishing agents interrupt the triangle in different ways to suppress the fire.

Wet chemical fire extinguishing agents include a blend of potassium acetate and potassium citrate and are used on Class K fires. Class K fires involve flammable cooking media such as vegetable oils, animal fats, and greases. Therefore, this type of fire extinguisher and agent is typically used in restaurants, kitchens, and food busses. The liquid chemical, upon contact with the cooking media, reacts and produces a foam to cool and also prevent reigniting.

Dry chemical fire extinguishing agents include sodium bicarbonate, potassium bicarbonate, and monoammonium phosphate and are used to combat Class A, B, and C fires. Class A fires involve ordinary combustibles such as wood, paper, cloth, and trash. Class B fires involve inflammable or combustible liquids such as oil, gasoline, greases, solvents, alcohol, and lacquers. Class C fires involve energized electrical fires that can occur from overloaded electrical circuitry and cables, and short-circuiting in certain equipment and machines. 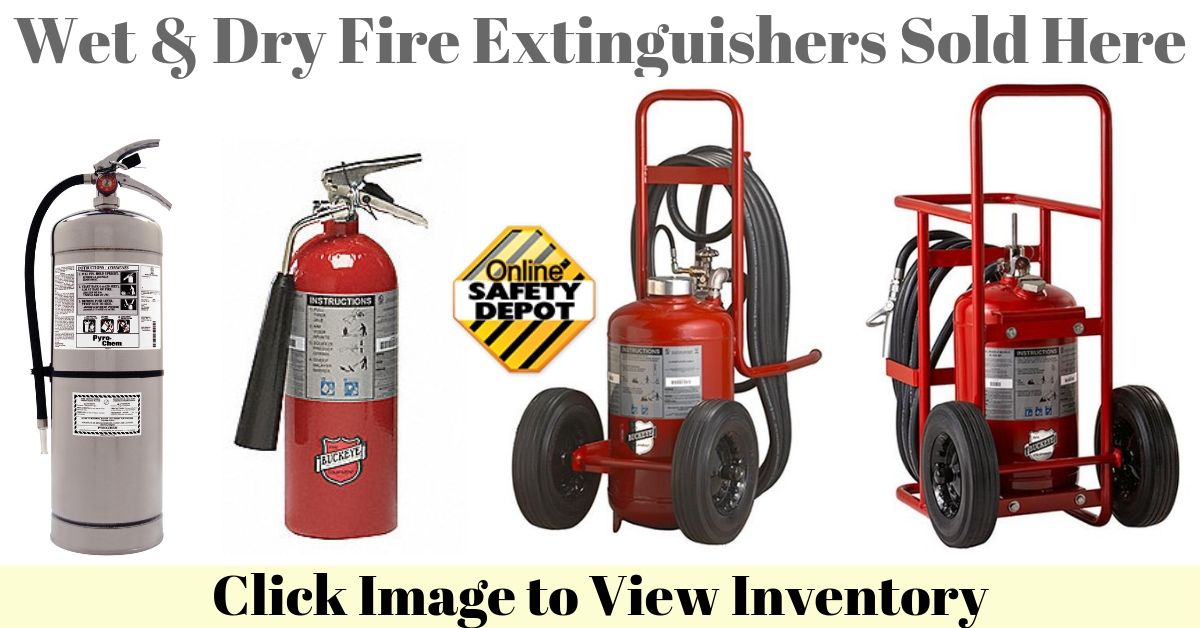 What are the Advantages and Disadvantages of Wet and Dry Chemical Fire Extinguishing Agents?

What are the other types of fire extinguishing agents?

Previous: How to Choose a Hard Hat or Safety Helmet
Next: What Are Dome Mirrors Used For?