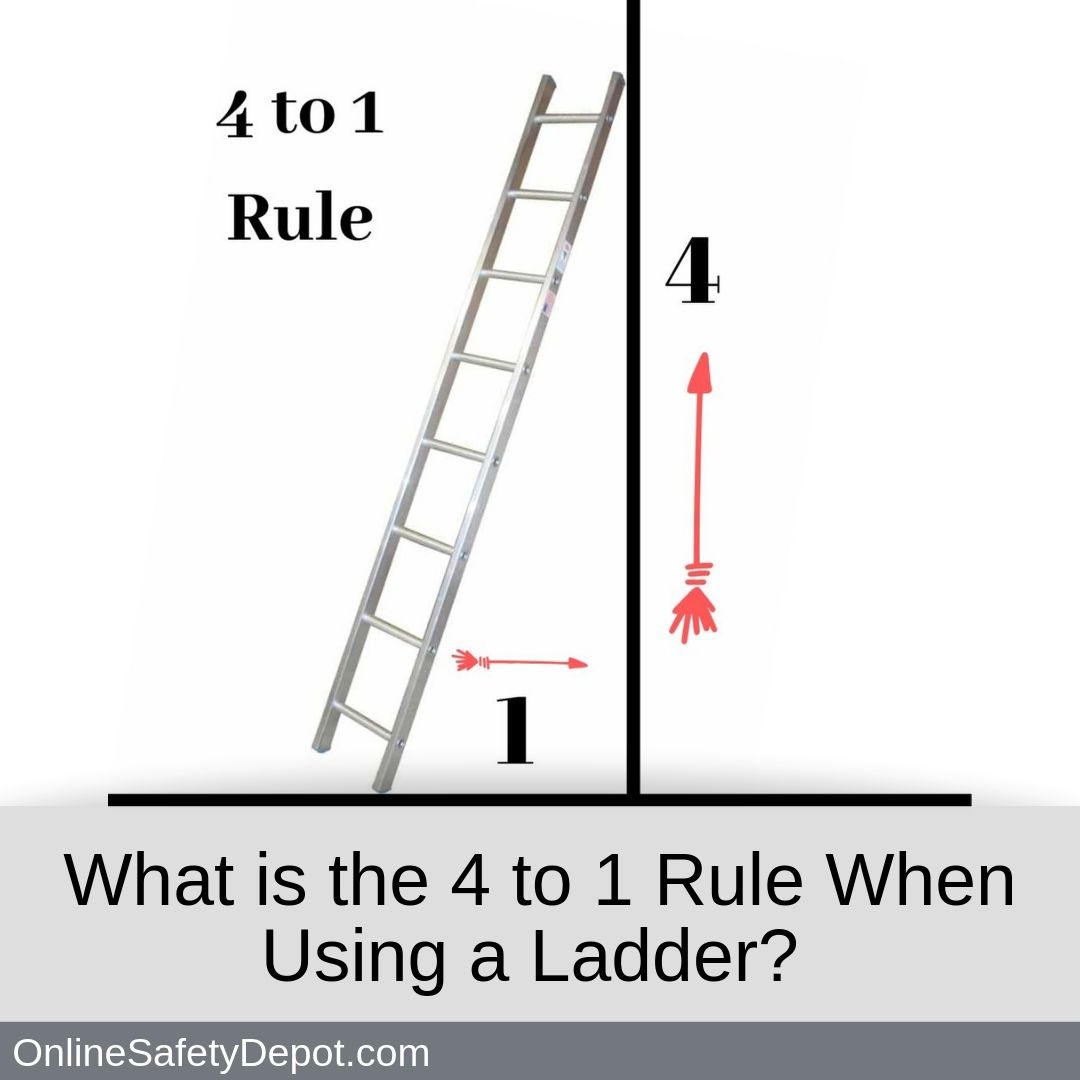 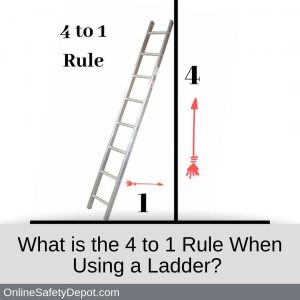 The other day I had to get up on the roof of my house to retrieve a whiffle ball that was hit up there during one of our many side yard whiffle ball games. While getting my ladder out of the shed and placing it against the edge of the house, I contemplated what is the best distance from the house to place the base of the ladder to ensure the best stability and help ensure that I was safe from falling while going up and down the ladder.

So, what is the 4 to 1 rule when using a ladder? For every four (4) feet of height you have to climb, move the base one (1) foot away from the wall that the ladder is resting against.

While this tip applies specifically to extension ladders, it is great for those of us who only use a ladder a few times a year for things like Christmas decorations, gutter maintenance and retrieving the occasional ball that ends up on the roof.

The 4 to 1 rule prevents a ladder from being placed to close or too far away from the wall in which it is placed against. By following the 4 to 1 ladder rule, the user ensures that the ladder is placed in such a way that maximizes balance and stability, helping to prevent it from tipping backwards or to the sides. As a result, accidents are less likely to occur when a ladder is placed properly against the wall and on sure ground.

Injuries from falling from adders can be a serious or even prove fatal. According to the National Safety Council, roughly 500,000 people fall from a ladder every year in the United States and roughly 90,000 people visit the ER as a result of these falls.

There are a variety of ladders on the market to choose from with each ladder type serving a specific purpose. Some of the more common types of ladders are:

Previous: 9 Best Safety Tips for Cooking in the Kitchen – Men’s Edition!
Next: What are the Tools That are Carried in EMS Pants?